Founded in July 2016, the Community Histories Workshop is dedicated to making accessible, digital projects that tell local histories. We’re a team of students, faculty, and staff at the University of North Carolina at Chapel Hill.  We are eager to engage other faculty, graduate students, undergraduate students, and university staff in this work.  We also partner with other university units (at UNC and beyond), cultural heritage and historic preservation organizations, libraries and archives, and community volunteers.  Growing out of and extending the digital public humanities work of the UNC Digital Innovation Lab between 2011 and 2016, we focus on using the resources and expertise of the university to reveal the important and multifaceted histories of communities across North Carolina.  Since July 1, 2017, the CHW has been a program of the UNC Center for Urban and Regional Studies.

The roster of CHW participants will grow and change as the workshop’s agenda develops. 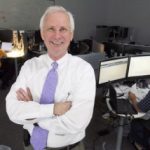 Robert Allen (rallen@email.unc.edu) is faculty director of the CHW and the James Logan Godfrey Professor of American Studies.  His research focuses on American cultural history and the application of digital technologies to history and the humanities more generally.  He has written and edited a number of books on the history of U.S. popular entertainment.  His work in digital humanities includes “Going to the Show,” an online digital resource documenting the history of moviegoing in North Carolina, which was awarded the American Historical Association’s Rosenzweig Prize for Innovation in Digital History in 2011, and “Main Street, Carolina,” an ongoing program for engaging with cultural heritage organizations in N.C. in the creation of digital history projects.  For this project he received the first C. Felix Harvey Award to Advance Institutional Priorities at UNC-CH in 2009.  He was scholarly advisor for “Standing on a Box,” a multi-faceted public humanities project organized around Lewis Hine’s 1908 photographs of child textile workers in Gaston County.  The project was awarded the first Harlan Gradin Award for Excellence in Public Humanities in 2009.  Since 2013 he has been Principal Investigator for Digital Loray.  He was Co-Principal Investigator (faculty lead) for the $5 million Carolina Digital Humanities Initiative (2012-14).  From 2011 to 2016, he was Director of the University’s Digital Innovation Lab. 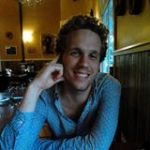 Elijah Gaddis (elijah@unc.edu) is co-founder and assistant director of the  CHW and assistant professor of history at Auburn University.  He holds a B.A. in English, summa cum laude, from North Carolina State University, and M.A. in Folklore and PHD in American Studies from UNC.  He received the 2017 GEAB Impact Award bestowed by the UNC Graduate School on graduate students whose research is benefiting North Carolina’s citizens and communities.  A longtime public historian, his research interests span the built landscapes, cultural, and material life of the American south. His current project focuses on the emergence of African American celebratory culture in the urban landscapes of the 20th century south. He is the first person to be awarded the Graduate Certificate Program in Digital Humanities at UNC Chapel Hill.  He played a lead role in Digital Loray, particularly the building of its online archive and other exhibits. Since 2015, he has worked with CHW co-founder Seth Kotch on Red Record, which documents lynching in North Carolina.

Will Bosley (wbosley@unc.edu) is the General Manager of the CHW and of the Digital Innovation Lab.  From 2007 to 2015 he served as the manager of UNC’s Beasley Multimedia Resource Center.  He received his BA in Technical Theatre from Ohio State Univ. and a Masters of Entertainment Technology from Carnegie Mellon University.  He has taught and lectured on visual storytelling, building virtual worlds, and audio design.  He has provided technology support for numerous live theatrical and musical performances.  In his role as General Manager of the DIL, he has served as project manager for the Prospect software development initiative and for multiple digital humanities projects.  He is the creator of the “Windows Through Time” photographic montage installation at the Alfred C. Kessell History Center at the Loray Mill in Gastonia, N.C.

Lucas Kelley (lucaspk@live.unc.edu) is a graduate research fellow in the CHW and a PHD student in the Department of History at UNC-Chapel Hill. He holds a shared graduate research assistantship in community history and archiving with the UNC Southern Historical Collection, funded by the Andrew W. Mellon Foundation.

Ina Dixon is a graduate research fellow in the CHW and a PhD student in American Studies at UNC-Chapel Hill. Previously, she led a project of Virginia Foundation for the Humanities called History United. In this role, Ina coordinated community programs, oral history collection and teacher workshops that encouraged a more diverse understanding of local history, and supported a renewed sense of identity for the Danville, Virginia area. Ina holds a BA in Liberal Arts from St. John’s College in Annapolis, Maryland and a MA in History from the University of Chicago.

Morgan Vickers (mpvick@live.unc.edu) is an undergraduate research fellow of the Community Histories Workshop with a double major in American Studies and Communication Studies, and a minor in Creative Nonfiction. In the summer of 2017, she received the prestigious SURF award for undergraduate research to pursue her honors thesis research on the town of Lockville, N.C.– a town inundated by the creation of Jordan Lake and the site of two lynchings. Her interests lie primarily in popular culture studies, the emergence of African American culture following the Civil War, and the reconstruction (and deconstruction) of the lives of everyday people throughout history through the use of primary-source materials and digital archives.

Dani Callahan (dani411@live.unc.edu) is an undergraduate research fellow in the CHW and a senior Global Studies and History major at UNC.  Her interests lie mainly in foreign relations and the international community, but she enjoys the field of public history because of the way it uses multiple interdisciplinary skills to make the unique history of a space accessible to those who live and work there. She believes the skills she has learned in digital  humanities have helped her to be a more involved and educated member of her own community and could help connect people around the world with their own histories.

Emily Lowe (eglowe@live.unc.edu) is an undergraduate research fellow in the CHW and a senior at UNC, completing her double major in English and Communications with a minor in Creative Writing. An aspiring documentary filmmaker, Emily’s interests lie in the untold stories of individuals that, when compiled, work to explore community, culture, and public history in a greater scheme. Emily participated in the Digital Loray project, working to document the story of a social worker living in the Loray community building for a brief period.

Seth Kotch (sethkotch@unc.edu) was a co-founder of the CHW and is assistant professor of digital humanities in the Department of American Studies–the first faculty hire under the Andrew Mellon Foundation supported Carolina Digital Humanities Initiate.  He works at the intersections of a number of fields, most prominently modern American history (specifically the social and cultural history of criminal justice), digital humanities, and oral history. His digital projects include “Playback Station,” a public-facing interactive sound curation project funded by the National Endowment for the Humanities that shares and contextualizes historic radio broadcasts and “Mapping the Long Women’s Movement,” an experiment in empowering researchers to explore oral histories in new ways. He is developing two other digital projects, one which will digitize and present archival material on criminal justice in North Carolina, the other of which will use oral history and documentary material to explore racial geographies in the rural South.

He served as Co-Principal Investigator of “Media and the Movement,” an NEH sponsored project exploring the role of journalists and the media in the civil rights movement; and of Digital Civil Rights Radio, which is digitizing and curating historic radio recordings. He served as PI and Project Supervisor on the Civil Rights History Project, a nationwide oral history research endeavor administered by the Smithsonian’s National Museum of African American History and Culture and the American Folklife Center in the Library of Congress.

Michael Newton was technical lead for the CHW (2016-17) and for the Digital Innovation Lab and Carolina Digital Humanities Initiative (2013-17).  He received a B.A. in Computer Science from the Univ. of California San Diego, and a Ph.D. in Celtic Studies from the University of Edinburgh.  In 2007 he was awarded a Digital Humanities Initiative grant from NEH to create a digital collaboratory for Celtic Studies, and he is currently working on a digital project entitled Celtic Poets of North America.  He was the lead developer for Prospect, a plugin for WordPress that enables users to collect, curate, and visualize digital humanities data.   Prospect  has been approved for use in all UNC and Duke University WordPress sites.

Melissa Dollman (msdollman@unc.edu) was a graduate research fellow in the CHW during the 2016-17 academic year.  She is pursuing her PHD in American Studies at UNC. During her time with the CHW she developed “What Do You Know About That?” a video metadata annotation tool, targeted at home movies and other “non-theatrical” audio/visual genres.  Prior to UNC, she was a cataloguer, librarian, audiovisual archivist, consultant, intern, volunteer, adjunct faculty, exhibit developer, and researcher for a variety of commercial and public institutions (Pacific Film Archive, Women In Film Foundation, UCLA, Academy Film Archive, Discovery Communications, Schlesinger Library/Harvard University, Crawford Media Services, State Archives of North Carolina, and North Carolina State University). Scholarly projects include employing video annotation tools to facilitate documentation of archival labor and citation of audiovisual primary materials in nonfiction works. See https://melissadollman.com/.

Ben Filippo was a graduate research fellow in the CHW during the 2016-17 academic year.  He is Executive Director of Preservation Durham.  He studied History at Tufts University and Economic Development at SOAS (London). He has worked as a consultant for non-profit and for-profit entities, small and large, and has run his own small business.