Graduating CHW Undergraduate Research Fellow Morgan Vickers was profiled in Endeavors, the research magazine published through the UNC Office of the Vice Chancellor for Research.

At the Chancellor’s Award Ceremony in April, Morgan received the Peter Baxter Award as outstanding graduating American Studies major, and the William S. Powell Award as the senior who has added most to our understanding of the first state university and its traditions.

Morgan is one of fifteen college juniors and seniors in the country to receive this year’s Gilder Lehrman History Scholar Award, recognizing excellence in American history or American Studies as well as their commitment to public service, leadership and community involvement.   She will spend six days in New York City in June, participating in meetings with fellow honorees and eminent scholars.

On May 13th, she was graduated with Honors in American Studies and a double major in Communication Studies.

Morgan was an inaugural undergraduate research fellow in the CHW in 2016, and has contributed enormously and continuously across our work, especially to the Rocky Mount Mills project.  We celebrate her many accomplishments and welcome her to a new status: CHW alumna! 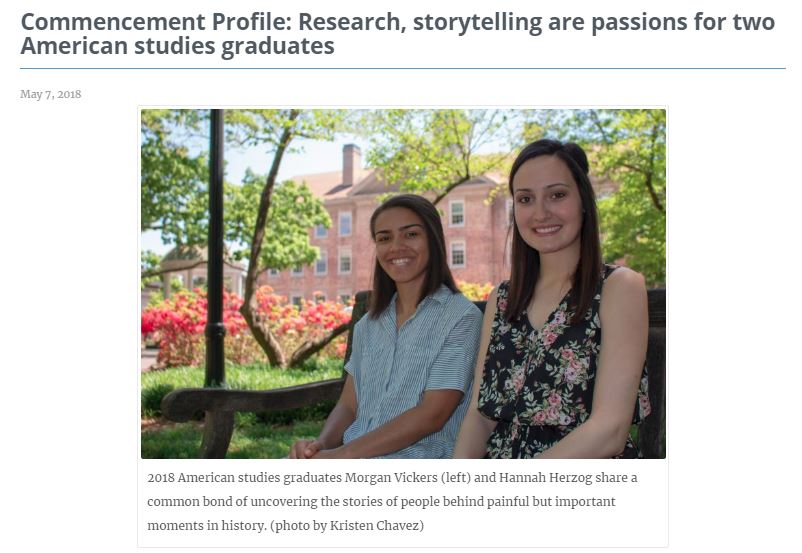